With the advent of advanced technology comes the adaptation of individuals and organizations to quick access in acquiring information. Information vital and important in every individual’s daily activities and existence. Hence the phrase “information at one’s fingertips”.

With this, on March 1, 2019, the Sangguniang Bayan of the Municipality of Palo took a great leap in the field of information access by launching its SANGGUNIANG BAYAN OF PALO INTERNET-BASED DATA MANAGEMENT AND INFORMATION SYSTEM (SB-PALO IBD-MIS).

The constituents of the municipality now have the ability to literally access quickly or view all the local legislative actions. Everything from Approved and Pending Resolutions and Ordinances, Committee Reports and including all the respective corresponding Minutes. And one can even make Inquiries or leave comments.

Gone are the days when one would entail time and effort by personally dropping by at the Sangguniang Bayan Hall of Palo just so to check on the local municipal legislative acts. Rather, one has only to access the website www.sbpalo.com

The milestone event was attended and heralded by the Local Chief Executives, Honorable Mayor Remedios “Matin” L. Petilla and Honorable Vice-Mayor Ronnan Christian “Bolingling” M. Reposar, the Municipal Councilors, Heads of the different Municipal Departments, Barangay Chairmen and Sangguniang Kabataan Chairmen and their respective councils, representatives from several National Offices within the locality, personnel from the local Police and Fire Departments and several residents of the municipality. The ever-active IT-advocate, Jericho “Icot” Petilla and a few prominent personalities were in attendance as well.

A short and eventful program marked the launching of the SB-PALO IBD-MIS. In his introductory address, the Honorable Vice-Mayor Ronnan Christian “Bolingling” M. Reposar introduced and gave the relevance and importance of the said project/product of the Legislative Department. He further expressed that this project/product by the Sangguniang Bayan was timely. Before the project was showcased, the members of the Product Development Team were introduced in the person of Raymund R. Elona, Developmental Consultant and Aaron J.P. Almadro, the Lead Designer of the website. The Honorable Jonathan P. Chiquillo rendered a testimonial message and a message closing the program was made by Honorable Ciriaco D. Agner, Jr.

Right after the program, the resulting website was tested by the attendees of the launch and eventually made accessible to the general public. 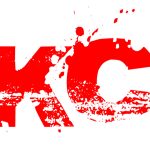